There is a steady decline in the number of working women in India, Know Why 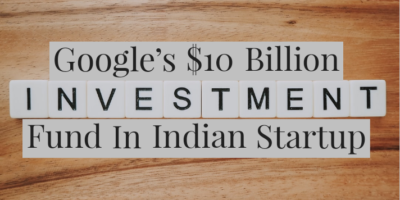 India has the lowest female participation rate in the workforce among developing countries. During the period 2011-2019, 30% of women in rural areas were engaged in low-skilled occupations.

According to IWWAGE, some of the possible reasons for the decrease in female labor force participation during the period between 1993-2019 are
India has the lowest female participation rate in the workforce among developing countries. The country has seen a steady decline over the past two decades. Women have shown massive churn in rural areas across the country, a 24% decline since 1993-1994, reveals Initiative for What Works (IWWAGE) to advance women and girls in the economy. During this period, women in urban areas of India saw a slight decline from 25% to 22.5%.
IWWAGE is a grant-holder of the Bill & Melinda Gates Foundation. It is a research center aimed at facilitating the agenda of economic empowerment of women.

The report also noted that during the period 2011-2019, 30% of women in rural areas were engaged in low-skilled occupations, while in urban areas, there has been a tremendous increase in women’s engagement in the service sector. Also, there was a slight decrease in women employed in industrial work from 19.9% ​​to 19% during this period. During the period 2011-2019 in the agriculture sector, the percentage of female labor saw a sharp decline from 62% to 54.7%. Overall 71% of women are engaged in less productive activities, indicating that women continue to do weak and marginal jobs. Of this, more than half are self-employed, but most are low-wage assistants or contributing family workers, the report highlighted. The graph shows that during the period 2018-2019, women belonging to Scheduled Tribes or Adivasi communities in rural areas participated more in the labor workforce than other social groups, followed by Scheduled Castes or Dalit women. In 2004, women recorded the highest decline among scheduled tribes, followed by women in scheduled castes and other backward class groups.
advertisement

According to IWWAGE, some of the possible reasons for the decrease in female labor force participation during the period between 1993-2019 are –
Women’s participation in the workforce is related to high-income families

Women after marriage or with young children participate less in the workforce
The IWWAGE report further suggests that getting married reduces women’s participation in the workforce by 17%, especially for those who have young children under the age of five in both rural and urban areas. A 1993 trend also suggests that women in both urban and rural areas are contributing more to household duties, which are often underestimated, overlooked, and underestimated.